The results of the ORGANIKO randomized clinical trial are published!

An international research team from the Cyprus International Institute for Environmental and Public Health, within the Cyprus University of Technology and Emory University just published the results of the ORGANIKO randomized clinical trial about the organic diet impact on children’s health. The organic diet trial results were published in the peer reviewed journal PLOS ONE. The aim of the trial was to investigate whether a 40-day organic diet could reduce exposure to common pesticides (e.g. 3-PBA) and affect the levels of biomarkers of oxidative stress/inflammation (e.g. 8-OHdG) in primary school children.

The ORGANIKO trial results showed: i) the clear benefit of an organic dietary treatment by significantly lowering the body burden of pesticides (pyrethroids and neonicotinoids), and ii) significantly lower levels of biomarkers of oxidative stress/inflammation as the likely result of the pesticides’ body burden reduction in healthy 10-12 years old children in Cyprus. Such biomarkers of oxidative stress/inflammation are considered as early stage markers for a suite of chronic conditions, such as obesity, type II diabetes, or cancer. 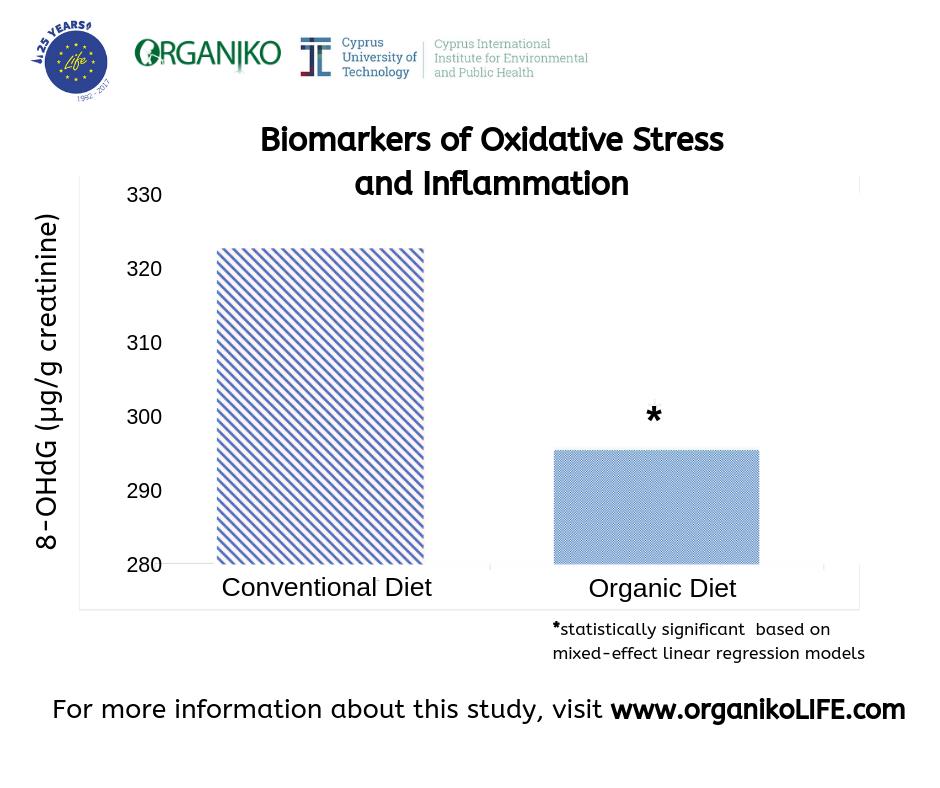 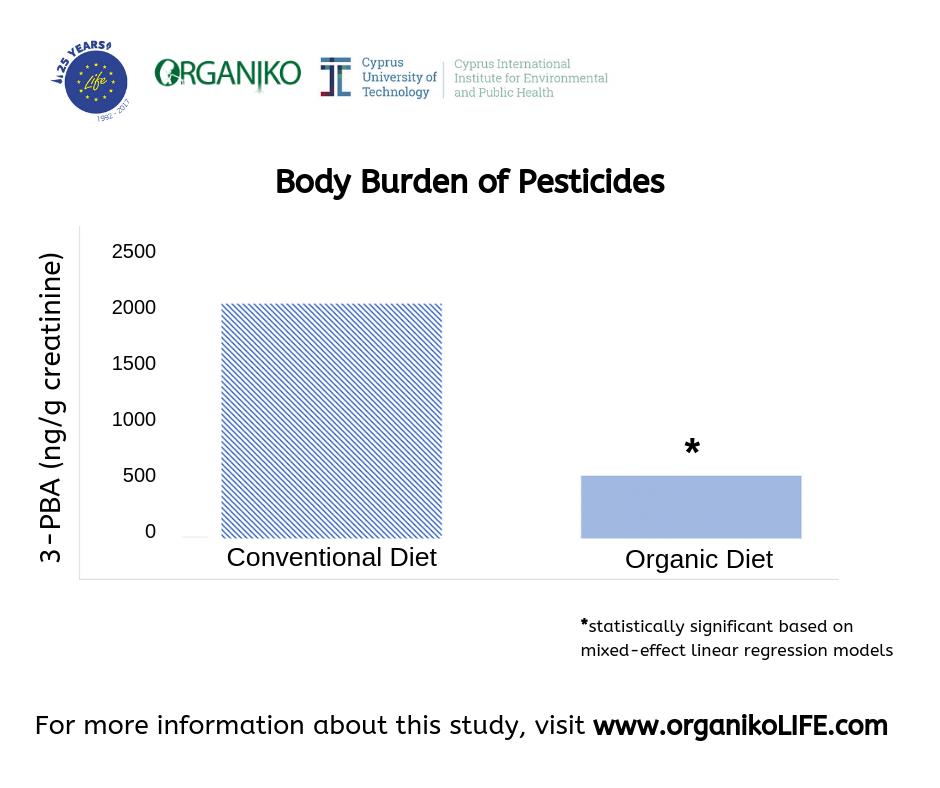 About 150 children followed their usual diet for 40 days (a conventional diet which may typically include residues of pesticides in fruits/vegetables and other food items) and for another 40 days they followed an organic diet provided by a certified organic restaurant. The children’s compliance to the organic diet was reported to be high (≥ 90%).

Based on the so far globally published literature on organic food and health, the strengths of the ORGANIKO trial are the i) large sample size  (149 children), and ii) the large intervention duration (up to 40 days).

This research study was conducted within the framework of the EU LIFE-funded project ORGANIKO LIFE+ (www.organikolife.com). We would like to thank everyone who made this study possible, including all participating children and their parents who played a vital role in achieving the research aim.

To learn more about the trial: