The 3rd Legislative and technological workshop in Italy titled “Updating workshop about the latest legislation, institutional initiatives, market, innovation and climate impact of organic farming”took place on 25 October.  To take into account the most recent EU developments in the sector, the Italian House of Parliament has approved a new framework OF legislation, which is currently in the Senate for its final debate and approval. The workshop, in addition to the presentation of the Organiko project and results reached so far, has: given a view of the national organic market by ISMEA; analyzed the contents of the new law, thanks to the intervention of sen. Maria Teresa Bertuzzi, MP who is the official lecturer of the new legislation in the House of Parliament; supplied the most recent OF data published for Italy by the Agriculture Ministry OF research institute SINAB; learned about the latest EU reform of the organic farming legislation by Confagricoltura. A final round table has involved four organic companies which shared their expertise and answered to questions by the audience. The audience was composed by stakeholders, technicians and some students at the last year of the Agricultural College. A welcome coffee has been arranged, with the special participation of the social cooperative Barikamà, a micro-finance project born in March 2011 which helps social inclusion through the production of yogurt and organic vegetables. The workshop has been organized in collaboration with Confagricoltura.

Confagricoltura – http://www.confagricoltura.it/eng/ – is the organization that represents and protects Italian agricultural enterprises. It acknowledges the leading role of
agricultural entrepreneurs in the establishment and development, both economic, technological and social, of Italian agriculture and agricultural businesses. The organization is
based in Rome, in the historical palace “Della Valle”. it is also active in Bruxelles, with its liaison office, and in other countries of the European Community. Massimiliano Giansanti, President of Confagricoltura and Paolo Parisini, President of the Confagricoltura Organic Federation, welcomed participants: Parisini anticipated one of the main themes of the workshop: the risk of financial speculation in the organic market, due to the exceptional development of the sector in the last years; Giansanti, addressing himself particularly to the students, highlighted the importance of the new technologies, both for farming and for reaching new sale channels.

Francesco Ferrante, Kyoto Club Vice-president, expressed his gratitude to Confagricoltura for hosting the workshop in their main conference room, and pointed out the climate value of
organic farming, mentioning the relevant example of the Appennini – the Central/Southern Italy mountain range – where organic farming has significantly countered the hydrogeological
risks

Antonella Giuliano – ISMEA, the Institute of Services for the Agri-Food market, explained the evolution of the organic market and the future potential perspectives. She shared the latest
available data – of the first semester of 2017 – and pointed out the remarkable increase of the organic sector in the market share in the very last years, comparing with the conventional agrifood. On the other hand, she highlighted how the companies’ trust in the organic sector has inverted the trend last year, with a little decrease which demonstrates the need for a legislative update to avoid the risk of financial speculation feared by the market. Maria Teresa Bertuzzi illustrated the main contents of the new government bill on organic agriculture and agri-food production: a special focus on financial speculation, with the institution of new so-called “supply chain contracts”; the institution of a permanent panel on organic farming at the Ministry of Agriculture; an increased support to dedicated research and education, with the institution of specific educational programmes on organic. She published, right after the workshop, an article about it on her website: http://www.mariateresabertuzzi.eu/intervento-della-senatrice-bertuzzi-al-workshop-diconfagricoltura-e-kyoto-club/

Francesco Giardina, SINAB – MIPAAF, (http://www.sinab.it/) – From the Agriculture Ministry’s National Information System on Organic Farming, presented the latest statistical data on the organic sector in Italy showing a growth of the organic cultivated area and the of the number of workers involved.

Luigi Tozzi, Vice-president of the Confagricoltura’s Working Group on Organic Farming, presented the latest EU reform of the organic legislation, with a particular focus on: environment, control, imports, greenhouse production.

Roberto Calabresi, Coordinator of Kyoto Club’s Agriculture and forests Working Group, introduced and illustrated the Life Organiko project, emphasizing, in view of the past month’s
heavy climate change effects on agriculture, the importance of OF and its contribution in adaptation and mitigation efforts, which need to be increased with a growing support by EU, national and local institutions. 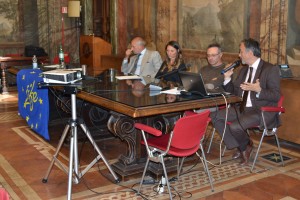 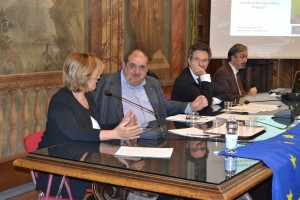 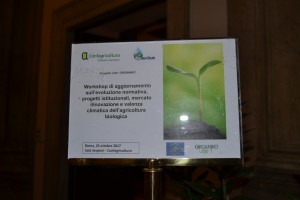 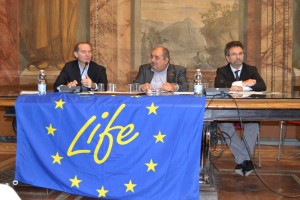 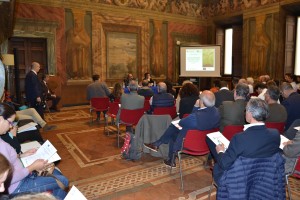 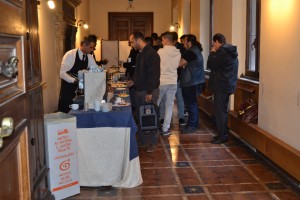 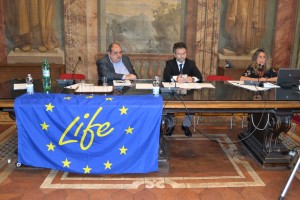 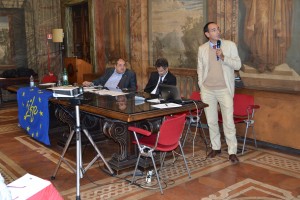